We are delighted to announce that we have received a runner up award and two recommendations at the UK Supreme Sausage Champion Awards, which kick-started UK Sausage Week 2019 at a lunch at Butchers’ Hall in London.

The new pheasant sausage, created to a British Game Alliance recipe, submitted in the Innovation category, was one of four entries from the UK’s largest foodservice catering butcher. The pheasant sausages received a ‘Runner up’ award, alongside two other submitted products which received recommendations from judges.

“Innovation is at the heart of everything we do, and it was a pleasure to work with the British Game Alliance to create the pheasant sausages” said David Neale, Head of Development & Innovation, Fairfax Meadow.

“This is an open competition for all producers in foodservice and retail. It’s a great overall result for us with three of our four submissions being recognised, but we’ll be returning to win next year!”

Supported by Meat Management magazine, UK Sausage Week 2019 is a great opportunity for the whole industry to showcase and get behind a true national culinary delight. It runs 28th October – 3rd November.

Find out more at https://uksausageweek.com/ 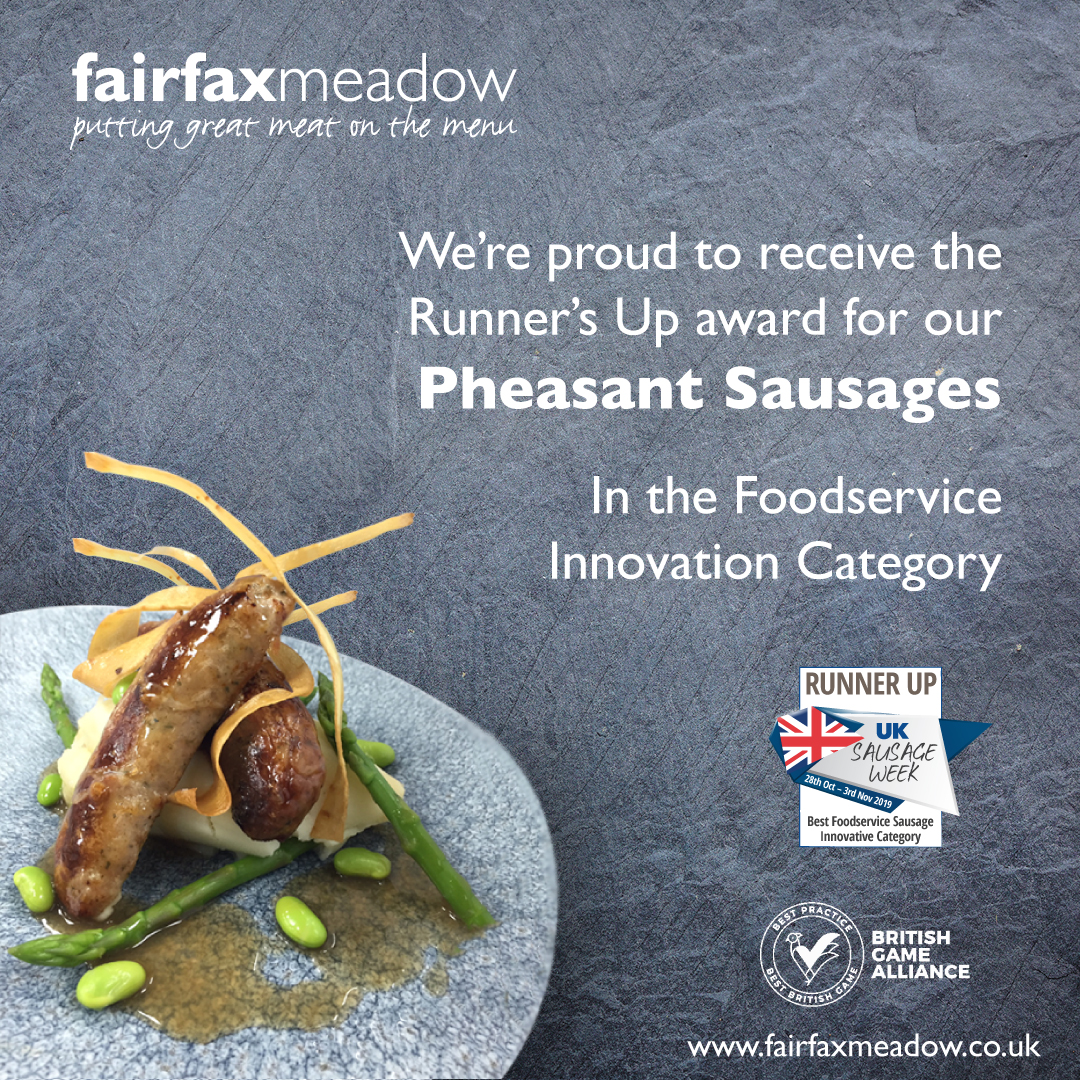 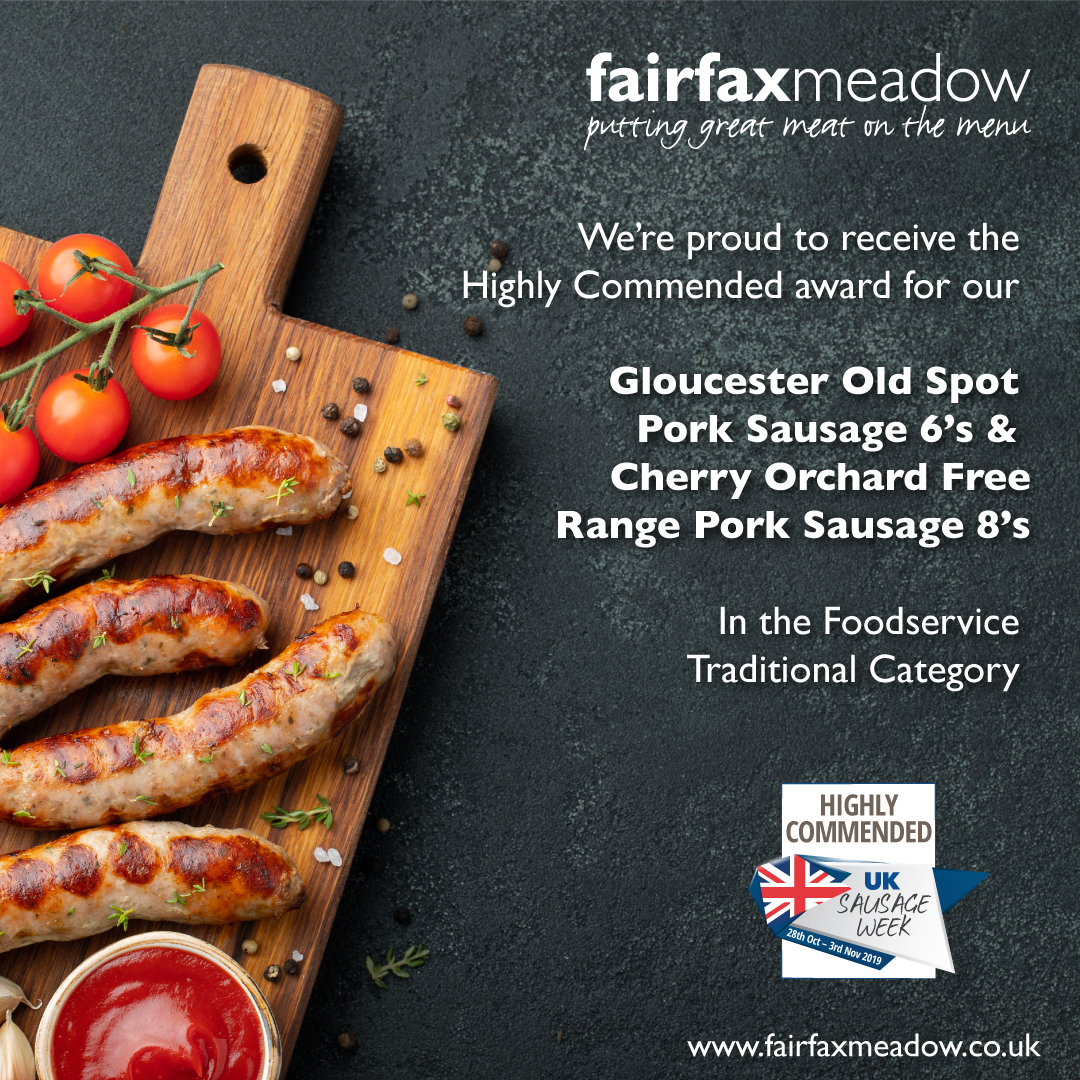